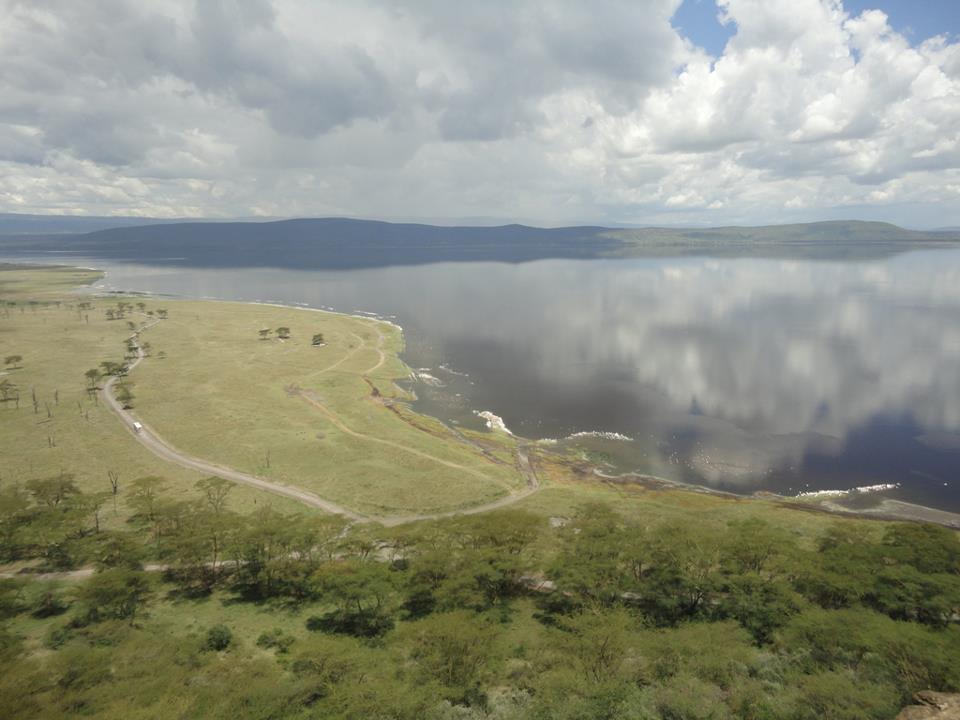 Lake Nakuru National Park is a must-visit destination if you are touring the Great Rift Valley. One of the park’s intriguing features is watching the greater and lesser flamingos dip their curved beaks into the alkaline lake to get their favorite diet, algae, which are in plenty due to the unique water composition. The park was established in 1961, and it has gotten world acknowledgment as an ecologically significant area. It was also named an Important Bird Area and a RAMSAR site and also Lake Nakuru is listed as a UNESCO World Heritage Site and part of the Great Rift Valley ecosystem. The park’s total area is 188 square kilometers (73 square miles). This vastness includes the Lake and swamps, savannah, grassland, and forest. Towards the end of the park on the southern side, there is the beautiful waterfall called Makalia Falls. The park has a wide variety of wildlife, and it includes 60 species of mammals and 450 species of birds. There are many exciting things to do in the park, like watching many of Africa’s famous games in their natural and beautiful setting. You will find birds that frequent at the Lake itself, which includes the pink flamingos, storks, pelicans, herons, and many other birds that are primarily wading. Circling overhead is the distinctive bright yellow, black, brown, and white coloration of the fish eagle surveying for the dead flamingos’ carcasses. Their wings usually spread to a span of six to eight feet while gliding. The African pygmy kingfisher is one of the park’s colorful birds. It is one of the smallest and tiniest from the kingfisher family. The bird primarily eats insects, and is about five inches long. However, the small size doesn’t matter because, despite that, the bird has brilliant plumage.
Exploring beyond the Lake will take you to another universe of game of the plains, small and large creatures, and uncountable forest dwellers. Three species have found peace and great solace in the park, making it their permanent home. They are the black and white rhinos, and Rothschild’s giraffes are the main reason for the electric fence surrounding the park, to protect them from poachers. They were rescued from the areas where the risk of poaching was high. Guests look forward to an exciting Kenyan safari when they come across one of the park’s most sought-after and hard-to-sight predators, the leopard. Those who yearn to locate this spotted cat can look up the acacia trees forest because they often lounge there. These acacia forests are found near the shores of the Lake.
The game drive will include a trip into the woodlands where vervet and the beautiful colobus monkeys are familiar sights. These primates are great to watch, but do not be carried away and stand under them as they are known to be disorganized eaters. This habit helps expand the forest trees and vegetation because of the propagation. Some of the primary herbivores found in the park are reedbucks, impalas, hippos, Thomson’s gazelle, waterbucks, buffalos, and Grant gazelle. The predators that usually prey on these animals are the rare wild cats, hyenas, golden cats, lions, and many other highly elusive predators.

How to Get to Lake Nakuru

Spanish
Open chat
Need help?
Hello!
How can we assist you today?